Edit
watch 01:36
We're Getting Mutants in the MCU - The Loop
Do you like this video?
Play Sound

In the year 2199, Earth has been reduced to a radioactive desert through years of bombardment by an alien power, the Great Garmillas Empire, its space forces have been hopelessly outclassed, and the few remaining survivors have taken shelter in underground cities. Queen Starsha of Iscandar delivers a message of hope to humanity, offering them a device that will restore Earth's ruined biosphere and plans for a wave motion engine. The plans are used to build a new and heavily armed vessel capable of crossing intergalactic space for the device in the short time that remains--the space battleship Yamato.

Commanded by Admiral Juzo Okita, Yamato makes its way through the solar system, surprising and thoroughly defeating the Garmillan forces that have been besieging Earth. The empire's unexpected defeat at the hands of a supposedly primitive race draws the attention of the empire's dictatorial leader, Abelt Dessler, who throws more of his empire's might against the Earth vessel in an increasingly desperate bid to stop it. At the same time, a conspiracy to assassinate Dessler and seize the throne is attempted, and a resistance movement against Dessler begins to grow. Elements of the resistance ally themselves with Yamato as it nears its destination in the Large Magellanic Cloud, and Yamato's crew eventually confront Dessler's forces on the capital world of Garmillas itself, leading to the leader's exile and the beginning of a new era for the empire. Yamato reaches Iscandar, and the crew learns about the dangerous potential of wave motion energy before receiving Starsha's gift and heading for home.

During the long voyage, Susumu Kodai, Yuki Mori, and other members of the Yamato crew suffer, grow together, and find love. Admiral Okita struggles with his own failing health as he fights to fulfill his most important mission. As the mission becomes increasingly difficult, two senior officers attract followers to their own plan to settle a new planet and re-start human civilization instead of finding Iscandar, and launch a failed mutiny.

Although Space Battleship Yamato 2199 was produced as a twenty-six episode television series, it was initially released in a series of seven weekend theatrical releases across Japan beginning on April 7, 2012, with each release consisting of two to four episodes each. Following each of these releases, the episodes were distributed on DVD and BluRay. The series began its television run on Family Gekijo exactly one year after the first episode's theatrical debut.[1][2][3]

The first volumes in the series were released in 2014 in the United States as Star Blazers 2199, initially with English and Spanish subtitles of Japanese content; English dubbing and subtitles in other languages were planned for subsequent releases. Production and online orders for Star Blazers 2199 were "temporarily suspended" on August 27, 2014 without explanation, and with no resumption as of late 2017.[4][5][6]. Crunchyroll announced that it would stream the series with English subtitles, releasing one episode every Wednesday beginning on November 8, 2017.[7][8]Funimation announced that it would simultaneously offer online streaming of an English dubbed version of the series.[9][10][11] In December 2018, subtitled episodes of Space Battleship Yamato 2199 and its sequel series, Space Battleship Yamato 2202: Warriors of Love, were removed from Crunchyroll.[12] 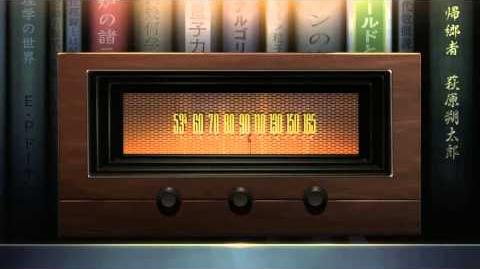